For the same customer as projects Wide Plank Oak Floor and Deck Support , I leveled an addition that was built on cement piers that had succeeded in sinking about 1 1/2″. Half of the addition was a fairly light weight screen porch. The other half of the deck was a mud room complete with tile floor and sheetrock on the walls that extended high above 8’ wall height on gable walls extending up the cathedral ceiling. The contents of both halves were at a maximum due to the rest

…have the piers finished settling or is the addition just too much weight for them and will cause them to sink more?

of the house being painted as well as the completed flooring job requiring all the furniture to be removed. Needless to say the weight on the piers under this half was considerable. I found out just how heavy they were in operating the big screw jacks. It took all that I had to turn them with a 3’ bar. The screw jacks had quite a coarse thread lifting quickly with each turn. The one hydraulic bottle jack I used actually made a much easier job of lifting than the big screw jacks. See the photos. Actually, perfectly level was not perfect as far as the doors were concerned as they had been modified to accommodate the lower position of the addition so I lowered the mud room half of the addition slightly to make the doors close. A little adjustment on the doors had them working better than they had in years. Now the question remains, have the piers finished settling or is the addition just too much weight for them and will cause them to sink more? Only time will tell. The doors have been adjusted to close well in the humid time of year so if they start jamming again it will be the piers sinking not swelling. 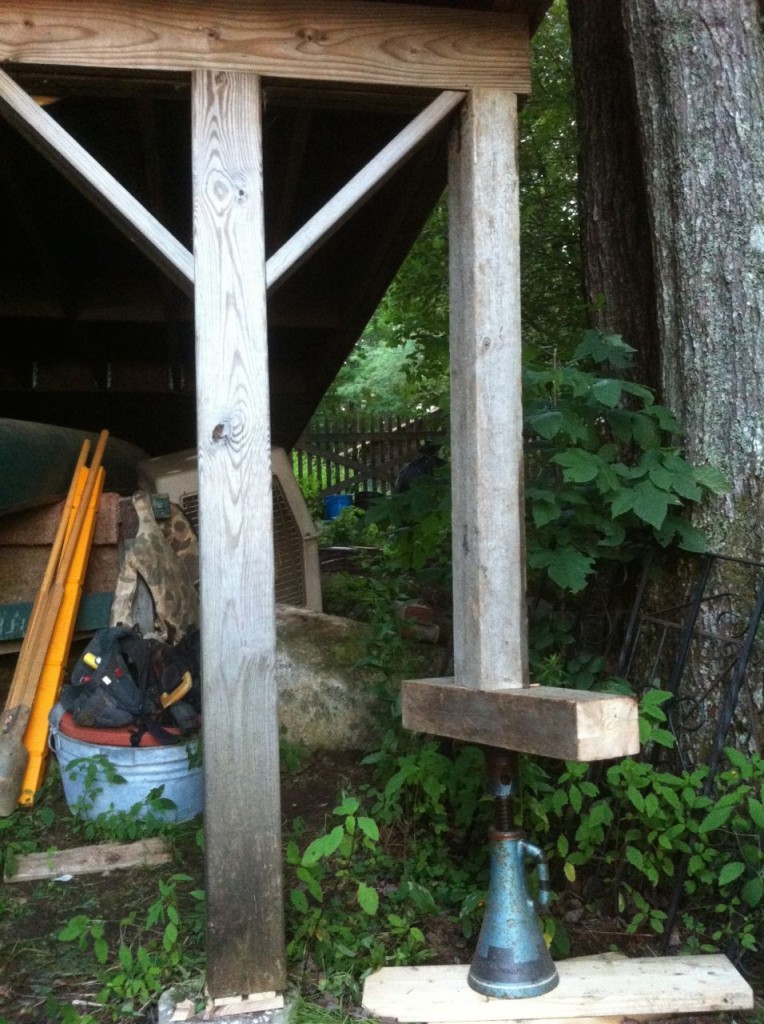 Lifting this lighter screen porch section of the addition was relatively easy. 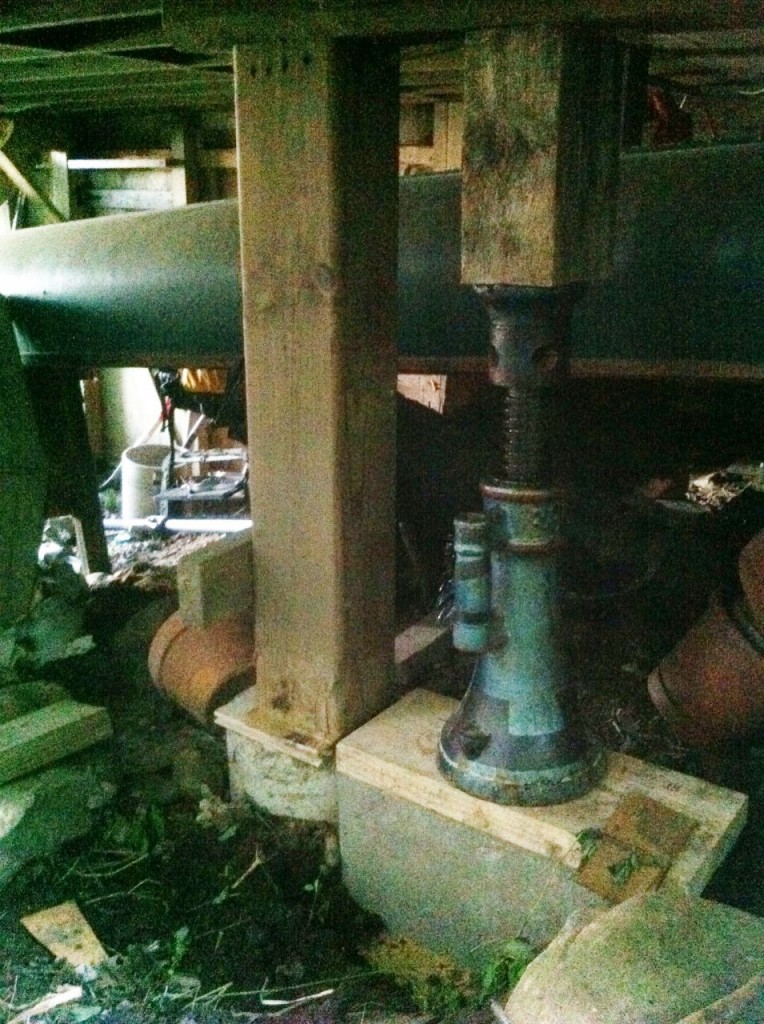 This center jack had the heaviest load pressing the jack platform into the dirt until I used a larger footprint. 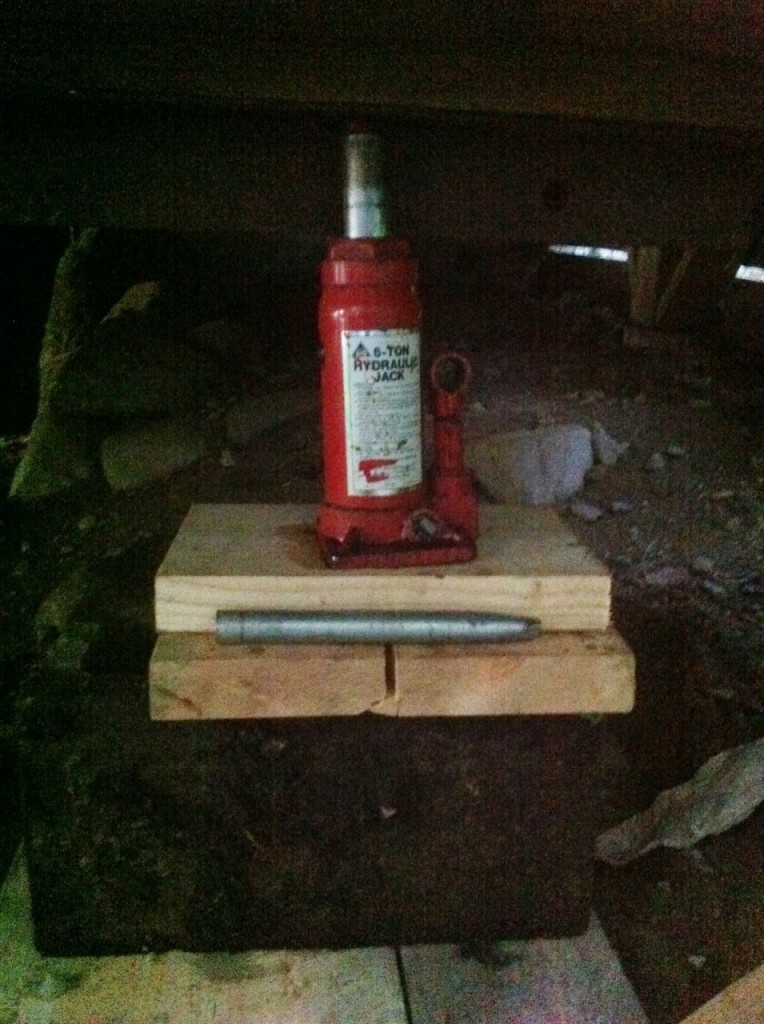 Bottle jack was easiest to use once on a broad platform.