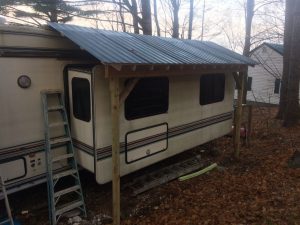 Shed roof over pop out.

The owner of this travel trailer was tired of fighting with leaks that developed in the pop out so went with an outer roof. It just so happened he had some planks left over from another roof project which made a nice rugged beam for this project. The roofing was salvaged “channel drain” metal panels. This roof won’t be traveling with the trailer especially since I planted the posts 2 feet down. Though such a structure doesn’t need buried posts, I buried them so they would be free-standing. This helped get the beam in place and hold the post/beam assembly upright until the rafters went on. It also avoided more bracing that might have been unsightly.

Another challenge was dealing with the sloped roof of the trailer. I built a stud wall that tapered from 3″ to 16″ on the sloped edge if the trailer to support the top of the shed roof. This was minimally attached to the trailer so proved to be quite tippy until I attached a half collar tie from the base of the wall to the inside of the last rafter. Amazing what even a small triangle does for stability. 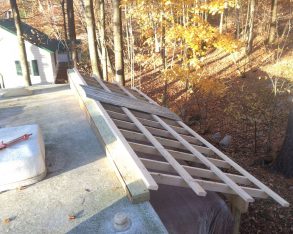 Protecting the leak over night. 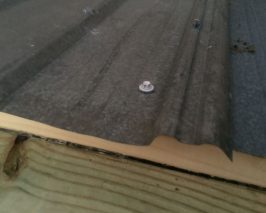 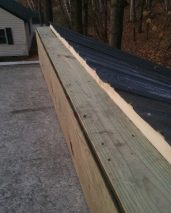 The tapered wall sealed up with PT plywood and caulk

Shed roof over pop out. 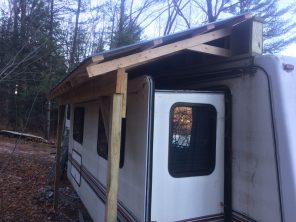 This view shows the small triangle that stabilized the tapered wall.