Rot into plywood and rafters.

Thanks to complications involving pre-paying a busy roofer (not me!) who couldn’t find the time to start the project, advanced rot began to develop on this roof and even got into the rafters and the sheetrock of the room below. A couple of attempts to temporarily seal the roof with tarps and Grace ice and water shield on top of the failed shingles may have worked for a time but the wait exceeded their temporary life and the leaking continued.

Again I’m a little short on the “before” photos so you’ll have to go with my description. The shingles were just crumbling away and sadly there was no felt paper beneath them which might have helped slow the leaks had some been installed. In the state I found it, the tarps and grace were degraded and not keeping water out but helping to keep moisture in. From here I have a pretty good record of the project in photos so will summarize by saying four sheets of plywood had to be removed and three rafters had to be sistered up with 2×4’s to provide solid nailing. I hacked out the rotten sections of the rafters and saturated the remainder with 2 quarts of “Wood Hardener” to stop the advance of rot. Four new sheets of plywood later, I could finally start the re-roofing.

A couple of notable things about the roof job, was that I added more ridge venting than was there and removed the metal valley and replaced it with ice and water shield under the shingles. A foot and half up each side of the valley with sealed nails in the Grace is better than unsealed nails driven through metal. The pictures tell the rest of the story. 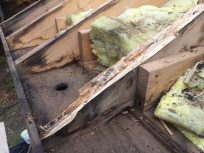 Rot primarily on the rafter tails. 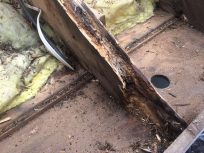 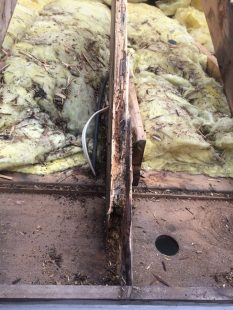 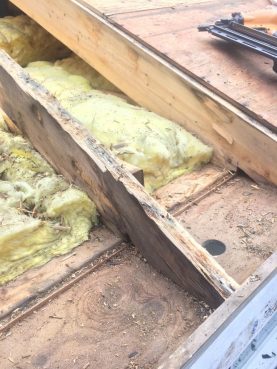 The sisters in place. 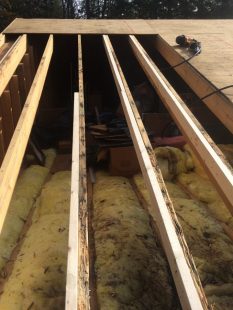 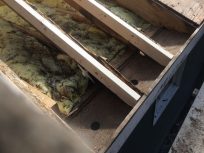 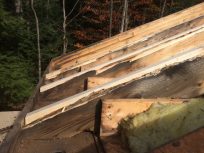 Rot into plywood and rafters. 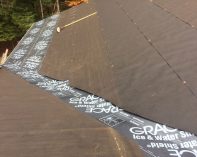 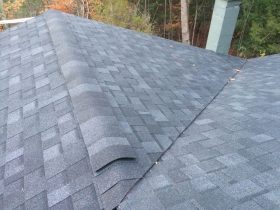 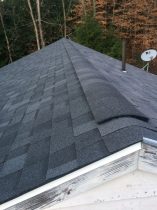 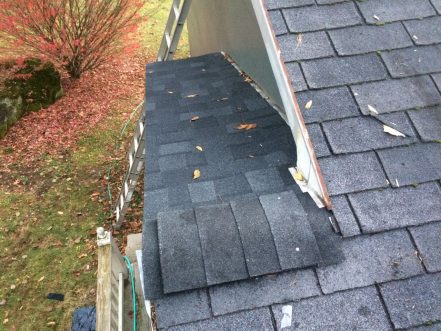