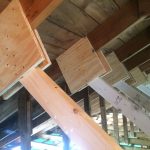 An interesting project for a 1970s roof that has been stressed by snow weight that has left the rafters and ceiling joists bowed down. Since new drywall was to be installed, better stability seemed necessary to avoid drywall joints from cracking. Reinforcing the existing structure with truss braces was the economical choice and the strapping below the ceiling joists would need to be adjusted to be more flat. Our objective was to stabilize the framing, not to straighten it. The owner was a great help in the project and can be seen in the second photo. One of us held the bracing materials in place while the other shot them in place with the nail gun. It was quite efficient as lots of nailing was required.

The connections with the existing framing were made from 3/4″ plywood pieces. The lower connection landed on a load bearing wall. It seemed odd that the wall had never had any weight on it except for the ends of the ceiling joists before we added the braces. Now with the braces in place some of the snow load would be transferred to the wall. It was a big improvement of what was there. The only original braces were vertical 2x4s that landed on the middle of the ceiling joists. Though they transferred some snow load to the joists, because the joists were only 2x6s, they would bend and allow the 2×6 rafters to bend as well. 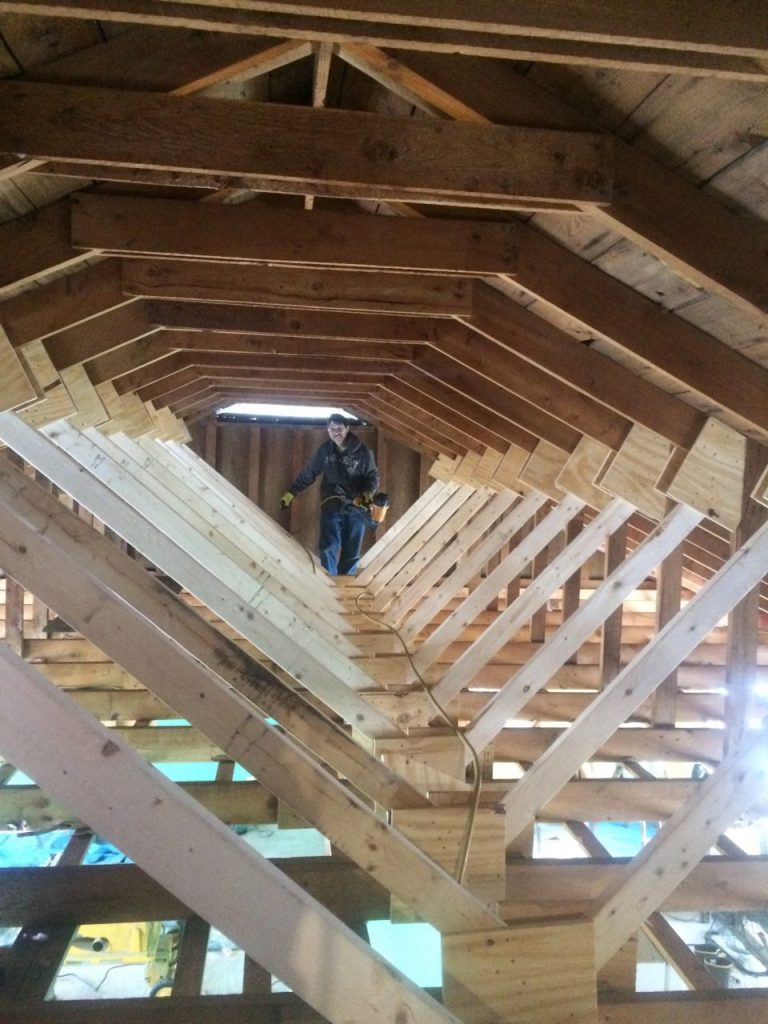 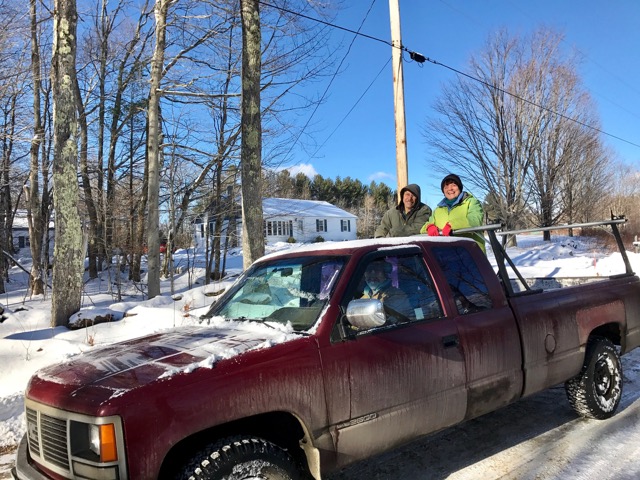