Leaks in a Bathroom

The owner of this bathroom admitted he may have procrastinated on repairing what seemed like smallish problems until water stains started showing up in the next room. An elevated floor was built above the slab to allow room for pipes and a tile shower had served for 15 years but cracks in the grout and tile had allowed water to reach the support structure. 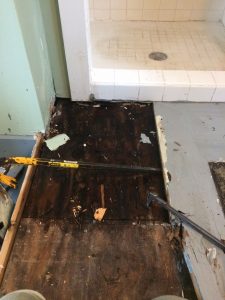 Painted flooring obscured the moisture beneath.

Once demolition began it became apparent that the damage was much worse than expected and the entire raised floor system needed to be replaced. Capillary action had carried the water between the subfloor and the flooring to the other end of the bathroom. Here is a gallery showing the discovery process and the rebuild. The owner chose yellow pine flooring with Vermont Natural Coatings floor finish. 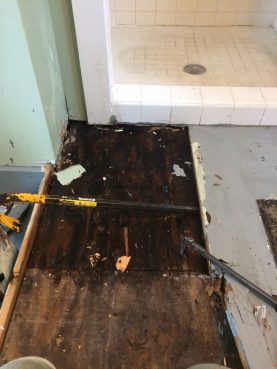 Paint obscured the moisture beneath.

Signs of water carried to the opposite end of room.

Working around the plumbing. 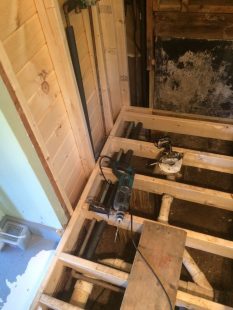 Planning for the new shower. 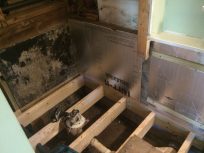 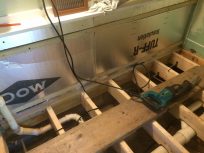 New wall at back of shower faces the living room. Transparent white stain. 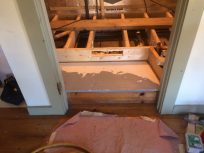 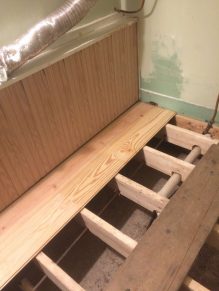 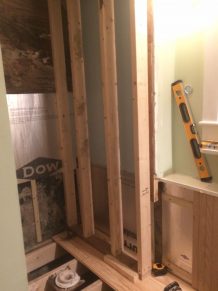 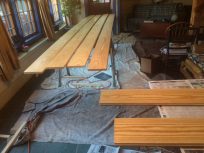 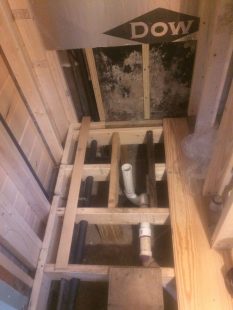 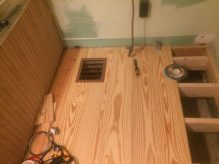 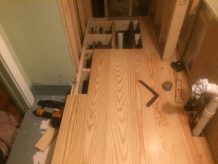 Now for the cut pieces. 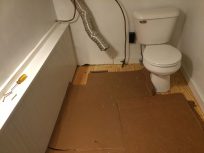 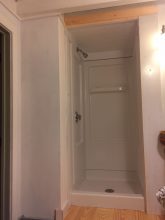 Finished look of the floor.

View toward the shower. 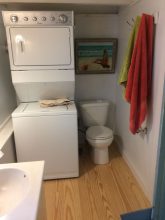