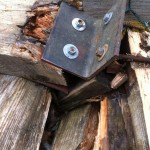 A truck too wide for the bridge crossed anyway and broke the railings. My job was to replace the railings so they look the way they did before the damage. Also, I am testing a new gallery feature of WordPress’s own plugin called Jetpack with the photos in this post. Seems to work fairly well though not quite as easy to add captions and reorder the photos as the Galleries plug-in I’ve used in the past. Still the slide show displayed when a photo is clicked on is hard to beat.

The project proved to have several interesting elements. First, I didn’t have access to electricity for the first day but was able to cut with a chainsaw and drive nails with a hammer so it was not a problem. Toward the end of the second day the owners showed up and unlocked the door of the garage so I could have access to power. It was just in time to charge my drill batteries to drill for and drive screws in the posts and railings. Second, I’d never been required to put up Christmas lights as part of a carpentry project but there is a first time for everything! 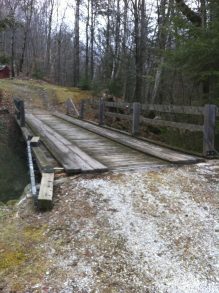 First look at the damage 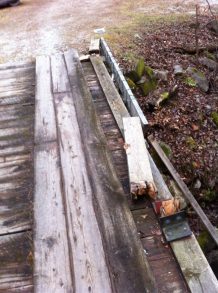 The worst damage was on this corner of the bridge 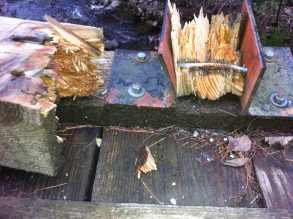 Overall view of the damage 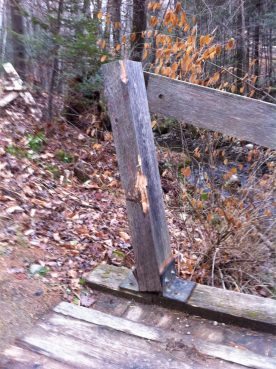 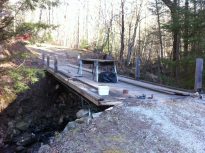 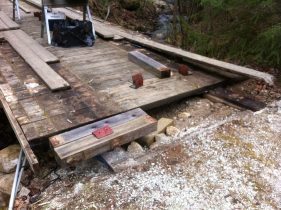 Using steel “I” beam for support 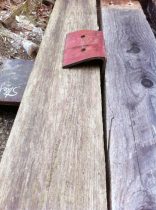 Ready for the sledge hammer 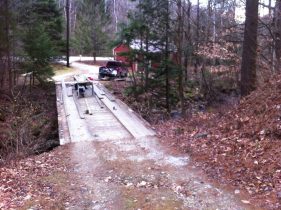 With railing removed, rough edges of the bridge were revealed 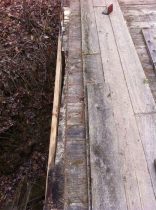 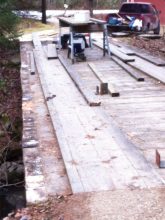 No 2x4s on this side connecting the plank ends 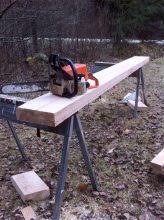 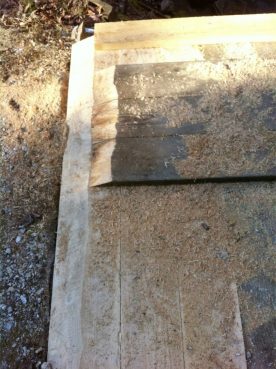 Mud between the planks dulled the saw blade. 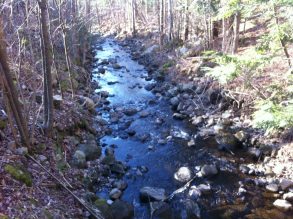 The straight channelled river below the bridge

The rope and clamps are my second man holding the rail in place for screwing and driving the screws. On the end of the rope is a weight hanging over the edge of the bridge

Heavy screws were used to attach railings to posts

Railings done late in the day 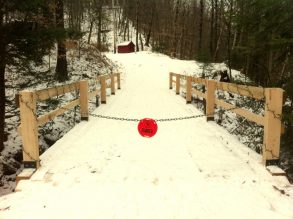 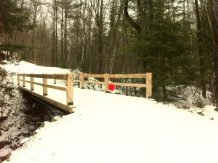 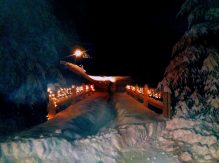