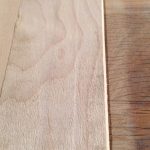 This probably happens a lot. Two small bedrooms made into one and the closets between them are removed. The hardwood floor was put down after the walls so is left cut up where the walls used to be. In this case the closet floor was laid in the opposite direction so the question was then how to patch it back together without tearing up the whole floor. The answer was to use a different species of wood to set off the transition as an artistic feature! The owners were only concerned with the part near the outside wall so that is where I used the lighter colored maple flooring as the “feature.” The quantity of maple was not enough so I used some oak to complete the opposite end as they requested.

I measured carefully, marked and cut the floor in straight lines so full width flooring pieces would fill the enlarged spaces. What I hadn’t counted on was the existing flooring that I was flooring up to was not straight so the final course I put in had to be taper cut to fit. On the opposite side the curve was the opposite way so there was more gap that I would like but the patch job saved the floor and will add interest when it gets sanded and refinished. 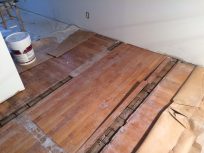 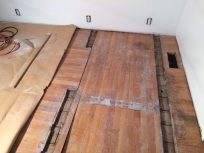 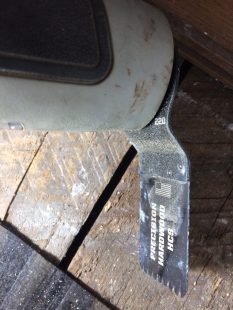 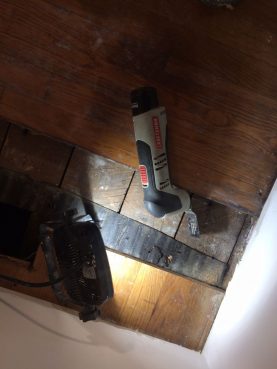 Stains will sand out. 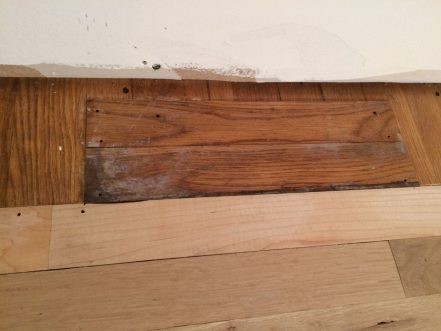